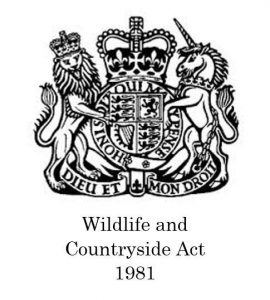 Wildlife management can include game keeping, wildlife conservation and pest control. In the UK, wildlife management is undertaken by organisations including government bodies, charities and privately hired professionals. Legislation has been passed to protect wildlife such as the Wildlife and Countryside Act 1981, Pests Act 1954 and the Spring Traps Approval Order 2018.

Here are some important points to bear in mind:

Under section 8 of the Pests Act 1954 (c. 68), it is an offence to use or knowingly to permit the use of any spring trap, other than a trap that has been approved by Order, for animals or in circumstances for which it is not approved.

It is illegal to use ‘repellent smoke’, explosives or asphyxiation for the killing of any wild animal under section 11(2) of the Wildlife and Countryside Act 1981. These methods cause unnecessary suffering to the animal which can lead to a £5,000 fine or up to 6 months in prison, in accordance with the Animal Welfare Act 2006. The only chemical which can be utilised for pest control is Aluminium Phosphide for which a professional license is required.

Traditional pest control methods such as trapping should only be carried out by a trained professional. It is not advisable to set your own traps, in case of a ‘foul kill’ which can cause distress to the animal. It is also essential to avoid trapping non-target species, such as hedgehogs and wild birds. A professional would have the correct knowledge to place the traps in appropriate locations and mark the areas for health and safety purposes.

Moles, mice and rats are difficult to catch in traps. Any interference by a non-professional can make the job much harder as the animals begin to decline the bait and will avoid the traps altogether. In the case of moles, the consequences will be more expensive for the customer as the problem will require more visits for the professional to deal with. In the case of rats and mice, the problem gets bigger and more out of control which can result in a public health hazard.

When trapping rats, only traps which are listed on the Spring Traps Approval (England) Order 2018 can be used by law. It is also essential to wear gloves as rats carry leptospirosis, which is a potentially fatal disease that can be spread to humans.

It is an offence to cause unnecessary suffering to a rabbit caught in a trap or snare. Cage traps, drop box traps or spring traps can be used but they must be listed on the Spring Traps Approval (England) Order 2018, checked daily and any caught rabbits humanely despatched. Rabbit traps and snares should not be placed where they will be exposed to severe weather and not near a fox earth or badger sett.

More information on UK Wildlife Laws can be found at wildlifetrusts.org

Winter – Pests To Be Aware Of

Late Winter, Early Spring – Pests To Be Aware Of